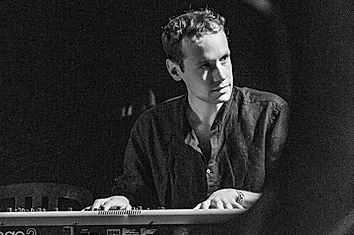 Valentin Barray is both a pianist, and composer. Based in Paris, he performs as a soloist, in chamber groups and with orchestras. Valentin started the piano at the age of five. Even early on, he displayed a talent for improvisation. His father Laurent, himself a musician (an accordeonist) developed his musicality by encouraging him to play by ear. By the age of ten, Valentin was accompanying singers and other musicians in various styles of music.He also performed with professional music groups in French music festivals. At age 15, Valentin entered the Rouen Conservatoire of Music to study classical music and piano with Professor Christine Marchais. By 2009, he was awarded the title of laureat of the Andree Levarey Foundation, based in Normandy. He also won first prize in the Raynaud Zurfluh Competition , an award for the best musician of the year chosen from all the French Conservatoires of Music. After three years as an undergraduate at the Royal College of Music, Valentin has continued his studies as a postgraduate for Master of Performance, specializing in contemporary piano. In December 2012, Valentin won 3rd prize and the accompaniment prize at the Claude Bonneton International Piano Competition, Sète. He was awarded the Firrst Prize and Franck Merick Prize at the Contemporary Piano Competition held at the Royal College of Music. Recent performances have also included events at the Opera House and City Hall, Rouen; the Crucible Theatre,Sheffield; the Saint Lazare Auditorium and Sentier des Halls, Paris. London venues include the Royal Festival Hall, the Victoria and Albert Museum, the Steiner Theatre and St Mary Abbots Church; also the Britten Theatre and the Amarillys Fleming Concert Hall at the Royal College of Music. In November 2012, Valentin gave a solo recital at Loseley Park on behalf of the Queen Mother Foundation for Disabled People. Last July, Valentin has obtained his Master of Performance degree with a first class. He is invited as artist in residence at 'La Cité Internationale des Arts' for a year. He will be preparing his first album of his own compositions for piano.